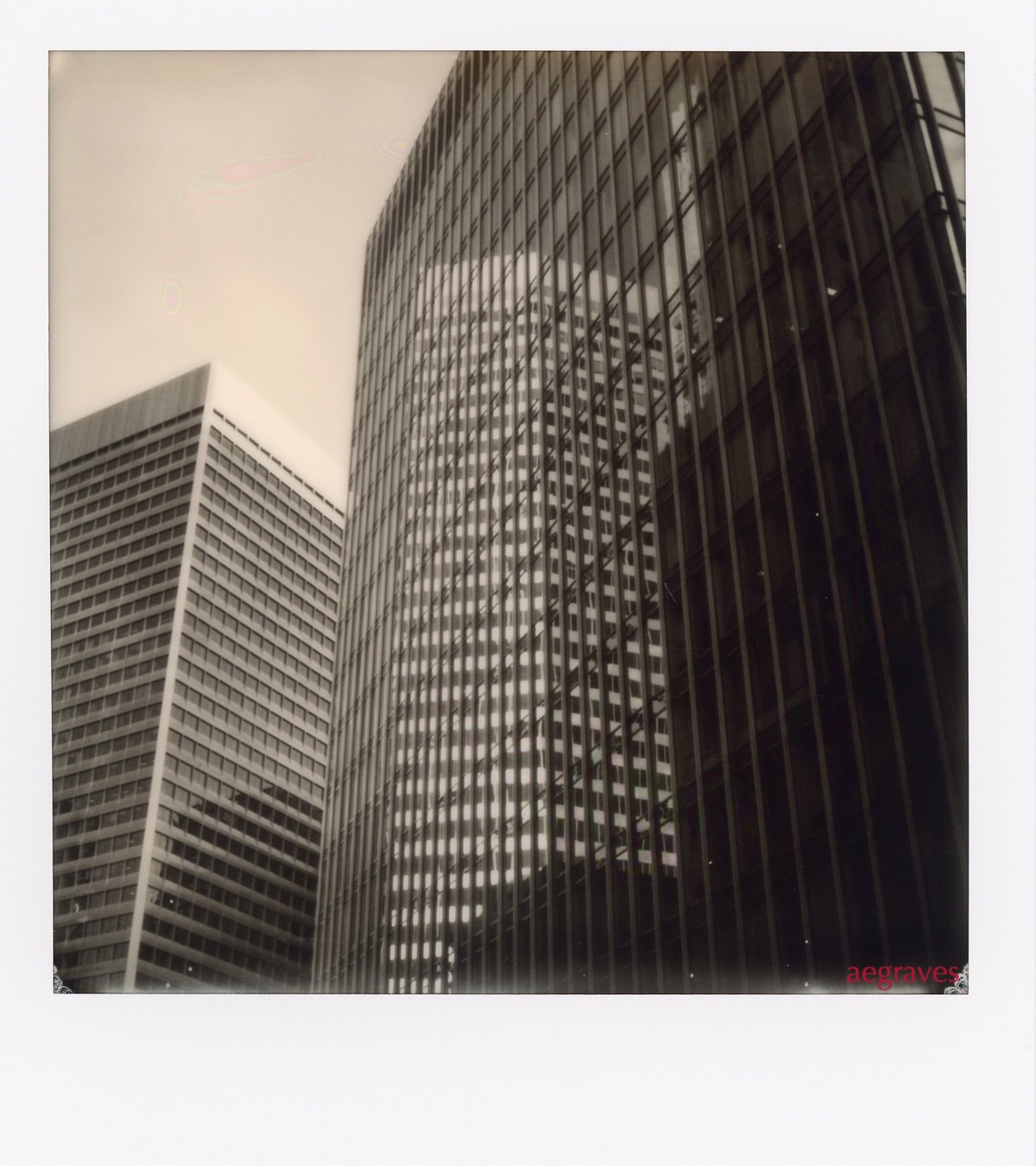 I have a Polaroid SX-70 camera, which is one of the more precise and exciting Polaroid cameras out there.  I also have a long history of supporting what used to be called The Impossible Project: a business that purchased Polaroid’s manufacturing facilities in the Netherlands to re-invent the instant print for the world’s vast supply of existing instant cameras.  The project was bold, though the results were initially mixed: some of the early iterations of the film have faded to nothing!  However, emulsions improve, the business has licensed the Polaroid name, and now provides its re-engineered/new products under the Polaroid Originals name.

I gave myself the gift of Polaroid Originals film last fall and early this year, and am sharing some of the monochrome images.

This black and white film is my favorite yet.  It really is black and white (early editions were sepia-to-chocolate), and the contrast is excellent.  There are flaws in the emulsion, which you can see are coral-like patterns in the corners, or spots in the shadows, which I’m leaving in (because they are really there!).