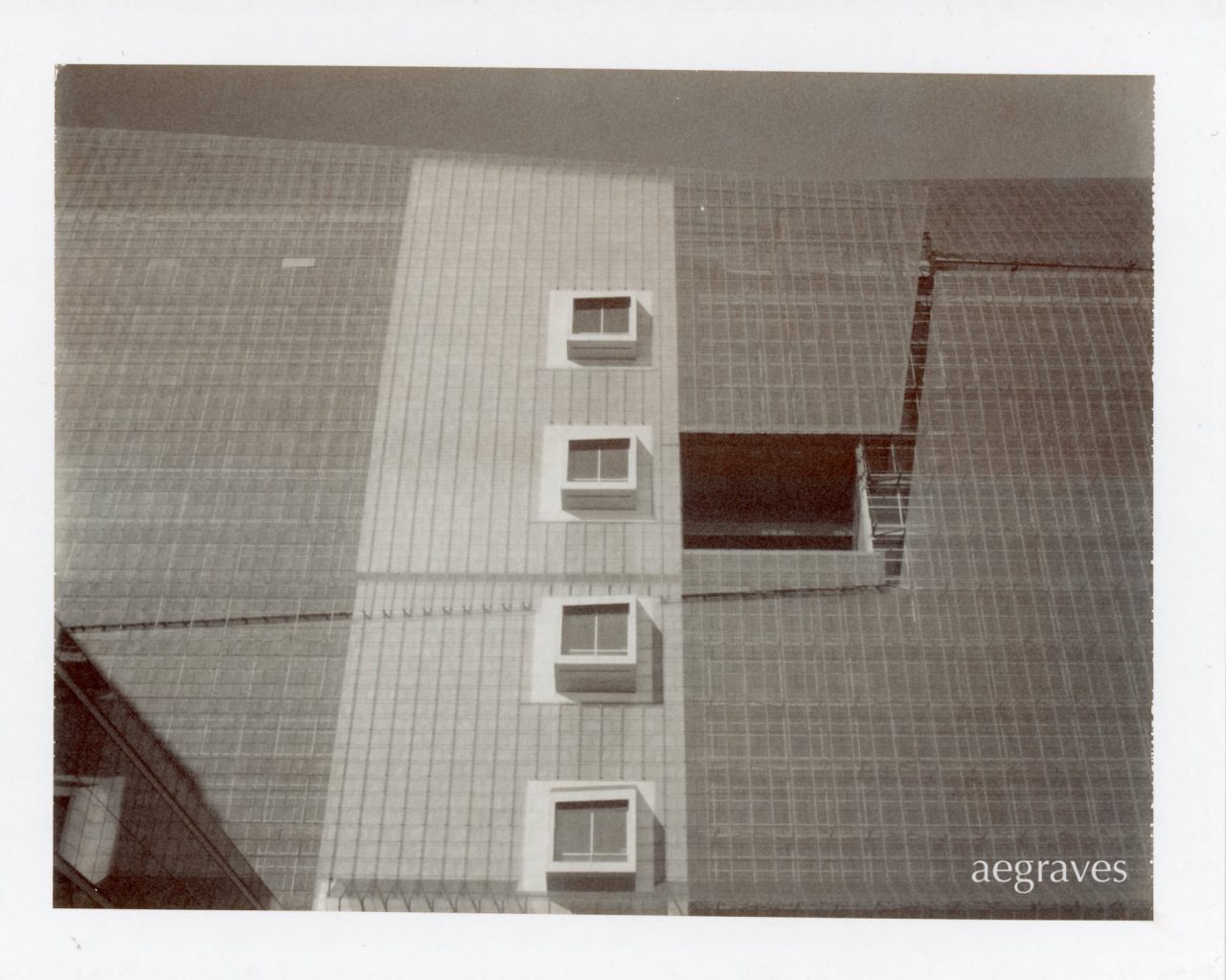 My gorgeous Polaroid Land Camera camera, which was made in the early-to-mid 1960s, will soon return to service!

It’s out of service because it takes Polaroid Packfilm.  Unfortunately, Polaroid stopped making packfilm.  Way back in 2008 or so.  Which is quite an obstacle!

Packfilm isn’t not just ANY FILM:  packfilm is a special bundle containing photo paper, little packets of development chemistry, and lots of tabs to put everything into the right place at the right time.  After exposing the photographic paper, you’d pull a tab, which pulls a bigger tab within reach, which you can use to slowly pull a long, sandwiched sheet of photo + chemicals + backing paper came out through the camera’s metal rollers, which spread the chemistry thinly and evenly.  After patiently waiting for two or three minutes (longer if it is cold), you’d peel the chemical side away, leaving a fully developed photographic print!

IT IS MAGICAL!  MAGICAL, I TELL YOU!

I bought up a supply of packfilm from hoarders with refrigerators (a special, skilled type of hoarder!), and doled it out to myself over time.  I saved some until about 2018, when I realized that the chemistry was drying up, and had to consume the last of it.  I’ve decided that a wildfire/pandemic/heat wave is a GREAT time to organize these!

I was only able to find some of the prints.  I’m sure the others are nicely organized in one of the original Polaroid boxes.  But… where that box is, I do not know.  Meanwhile, here is a preview of what they look like.

Once I find the others, I may assemble these into a little photo essay book.

This photographic material performed GLORIOUSLY, considering how long it had been refrigerated and how many years ago it had expired.  You should be impressed – remember, this isn’t just film, it had the developer chemicals in a paste in a pouch FOR EACH EXPOSURE.  (As you can see by the upper right image, some of the chemistry HAD dried up, and wouldn’t spread.)  There are irregularities in the brown shading, which is often limited to just half of an image.  But still – the images turned out well with about 2.5 minutes of development on the spot, right after pulling them from the camera.

This media was suitable for my typical architecture subjects, and the camera’s focus is sharp, the shutter is quiet, and it’s just plain fun to use.

I’ve now purchased the extremely obscure battery the camera requires to operate the shutter, and will have a supply of fresh One Instant media from the inventive folks at Supersense.  Now, I just have to wait for the heat wave/pandemic/wildfires to let up…